WHAT HAPPENED WAS: | TUMOR | APERTURE | and more…

Written in the wake of Christine Blasey Ford’s testimony in the Supreme Court confirmation hearing and steeped in the memory of Anita Hill’s testimony thirty years ago, What Happened Was: explores the cumulative effect of what women have been told is not that bad. The title series of What Happened Was: includes ten poems; each uses seven repetitions of “what happened was” to tell its story. The chapbook begins with the poet’s mother, who was told by the law school dean that she could not attend classes while pregnant. Other poems elucidate the poet’s own experiences of mismatched assumptions and sexual harassment in college and in the workplace, in the context of history and in the present moment. What Happened Was: speaks up and speaks back, “still teeming with syllables left to spill.” 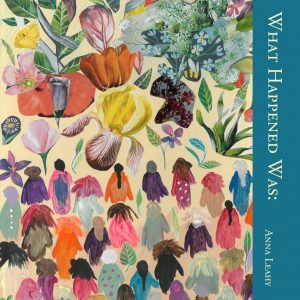 praise from What Happened Was:
What Happened Was: is the work of a poet at the height of her powers. Its architecture has a delightful variety; we have both taut, imagistic poems that, say, consider the meaning of the word “meantime” or the middling middle finger, and we also have the “What Happened Was:” series that centers female disenfranchisement with sly surprise. This is a fabulous collection, confident and compelling.  ~ Beth Ann Fennelly, author of Heating & Cooling: 52 Micro-Memoirs

In Anna Leahy’s telling of “What Happened,” we are made aware of the conflicts between possibilities and chance; the yin and yang of the terrorizing, of the sublime; the “thousand splendors across . . . shadowed stretches”; that “opposites attract . . . in a flash.” You’ll be aware that you’ve been holding your breath until there are no more pages to turn. ~ Lynne Thompson, author of Fretwork

In Anna Leahy’s poignant chapbook, you see the speaker unspool the connective threads of messages and meanings into lyrical diadems. Each intricate facet illuminates a potential possibility, and yet the full knowledge that once the light shines through, piercing the edges of what is woven, the gaps are reflected, shimmering on the walls as a testament to the difficulty of this knowledge. But even further, Leahy speaks to the dangers of these misunderstandings. The poems in What Happened Was: reveal the finely hewn corners, sharpened to cutting. It is there where the poems contemplate power, silence, and the need to speak on history. ~ Oliver de la Paz, author of The Boy in the Labyrinth 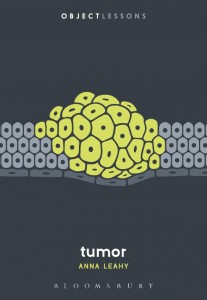 With the likelihood that one in two men and one in three women will develop cancer in their lifetimes, tumors have the power to change how we live and interact with each other and the world around us. Tumor is about the object that is us.

Anna Leahy looks a tough subject right in the eyes, and tells its story with grace, insight, alacrity, and wit. ~ David Eagleman, author of Incognito: The Secret Lives of the Brain

Anna Leahy writes with insight and empathy about cancer and the social and cultural dimensions of one of our greatest fears. A blend of science, journalism, and deeply personal storytelling, this book takes a lyrical approach to a complex subject we all face in some way. ~ Kristen Iversen, author of Full Body Burden. 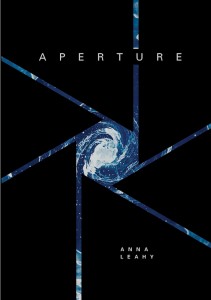 As the title suggests, Aperture opens gaps through which to see and hear the lives of imagined and actual women. This collection becomes a stage on which these women perform, and the poems play with notions of staging, with how we present ourselves and how we are perceived and represented by others. The stories and voices in Aperture “bend and come back again,” telling the truth slant.

Leahy writes poems with such intelligence, concision, grace, and precision in terms of the line, language, and the word. Aperture is an arresting and necessary addition to the landscape of contemporary poetry. ~ Victoria Chang, author of Barbie Chang

It is through the rare courage of distance, both aesthetic and psychological, that the lovely, compelling poems of Aperture afford us their unique glimpse of an all-too-often-ignored female universe of inner and outer significance.  ~ Annie Finch, author of Spells 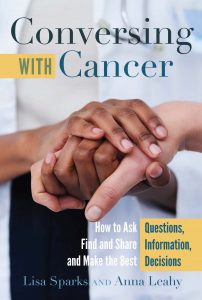 Conversing with Cancer is a much-needed addition to improving cancer care through strong communication among providers, patients, and caregivers. Engaging chapters cover all phases of the journey through cancer, from prevention through recovery or end-of-life. Written especially for health communication specialists and those studying communication, this book is also useful for medical and nursing students, cancer support groups, individual healthcare providers, patients, and caregivers. 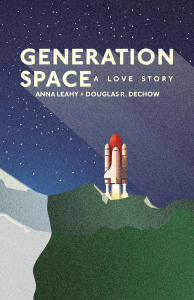 Anna Leahy and Douglas R. Dechow were children when Apollo 11 took humans to the Moon and were in college when the  launch ended in tragedy. As Dechow and Leahy fell in love with each other at the National Air and Space Museum, millions of Americans in the generation that came of age with the space shuttle program witnessed impressive innovations in space exploration. In 2008, serendipity took Dechow and Leahy to California for a new chapter in their lives and to follow the end of the US Shuttle program. is the tale of their lives together and a love letter to the Space Age. 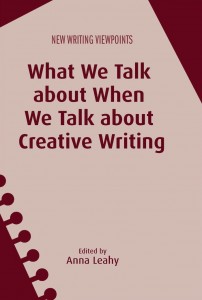 Marking the tenth anniversary of the New Writing Viewpoints series, this new book takes the concept of an edited collection to its extreme, pushing the possibilities of scholarship and collaboration. All authors in this book, including those who contributed to Power and Identity in the Creative Writing Classroom,which launched the series ten years ago, are proof that creative writing matters, that it can be rewarding over the long haul and that there exist many ways to do what we do as writers and as teachers. This book captures a wide swathe of ideas on pedagogy, on programs, on the profession and on careers.

What Happened Was: Book Launch 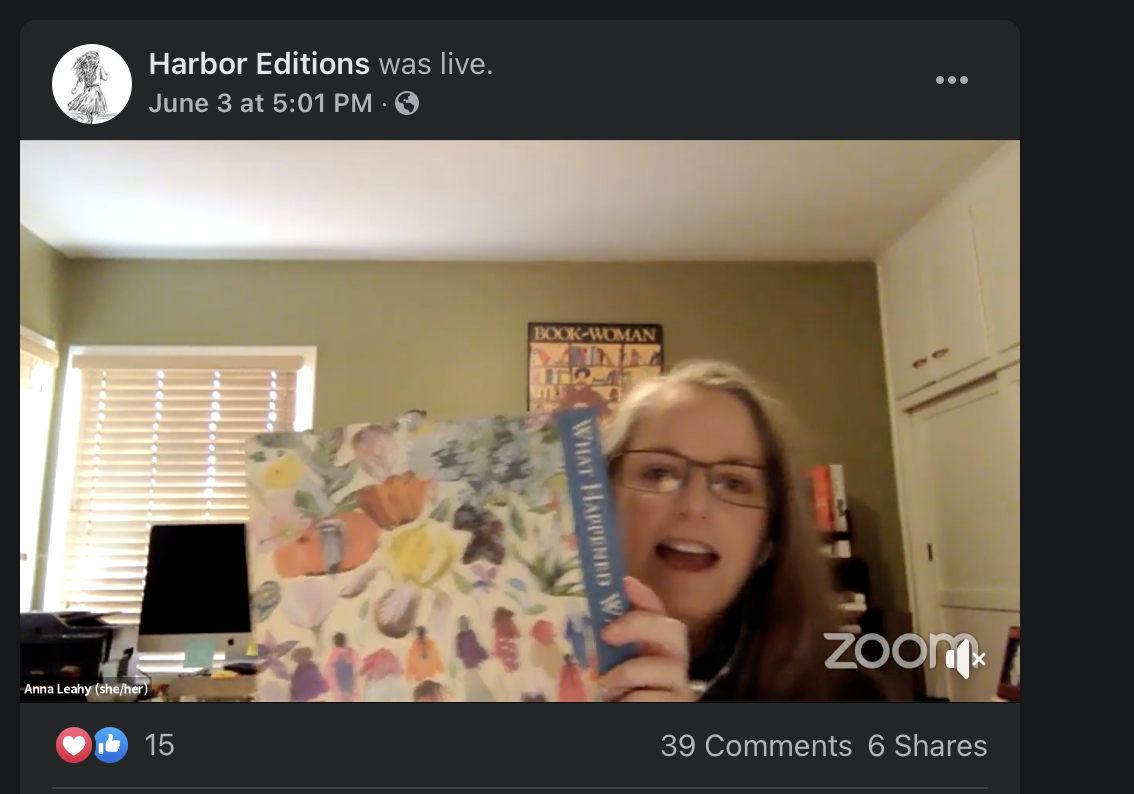 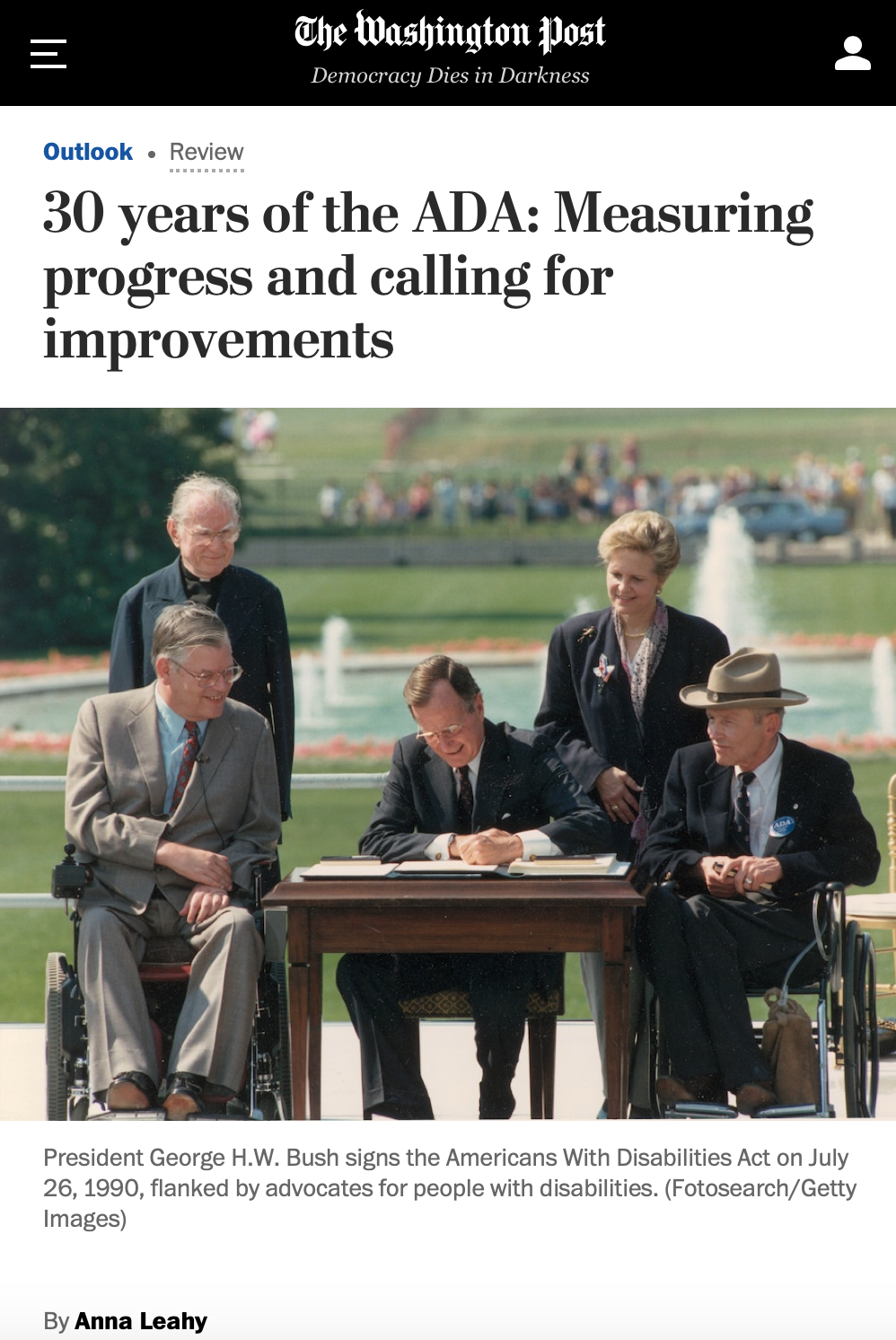 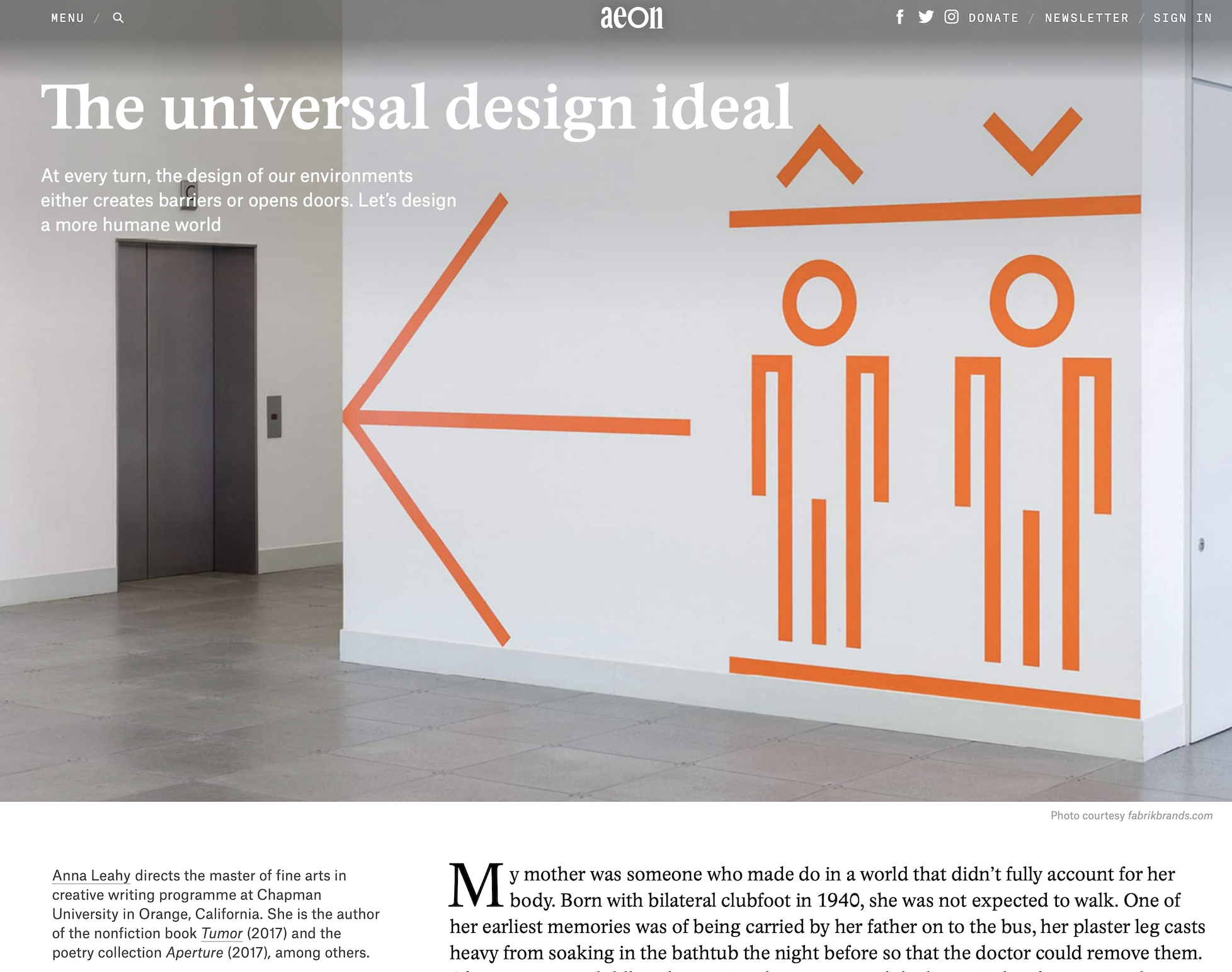 Notable in The Best American Essays 2017 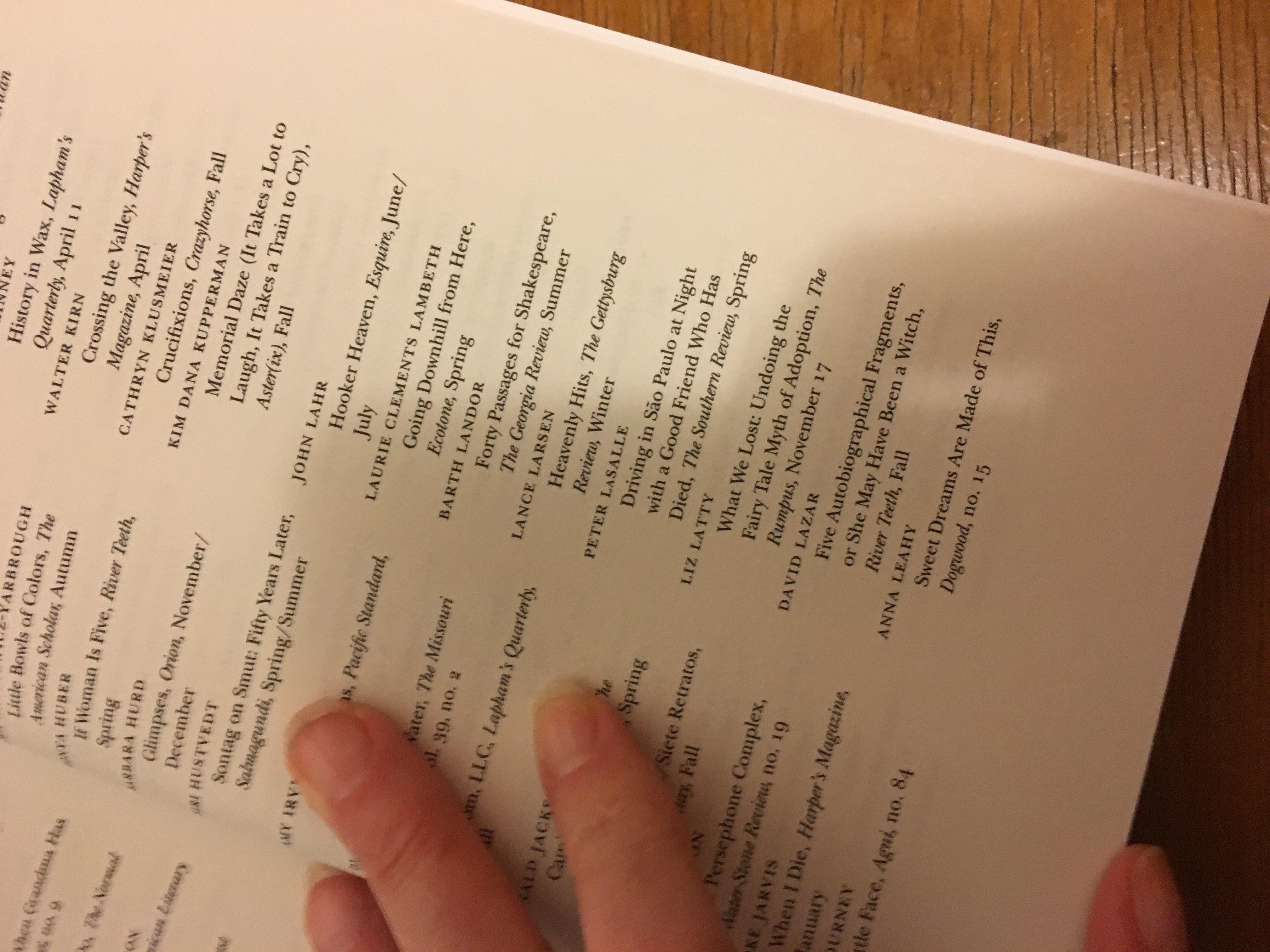